William W. Keller is Wesley W. Posvar Professor of International Security Studies and director of the Matthew B. Ridgway Center for International Security Studies at the University of Pittsburgh. He is the author of Arm in Arm: The Political Economy of the Global Arms Trade, The Liberals and J. Edgar Hoover: Rise and Fall of a Domestic Intelligence State, and coeditor of Hitting First: Preventive Force in U.S. Security Strategy.

Thomas G. Rawski is professor of economics and history at the University of Pittsburgh. His books include Economic Growth in Prewar China and China's Transition to Industrialism: Producer Goods and Economic Development in the Twentieth Century. 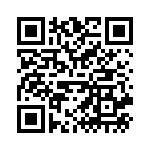