Mr. Doe was born in Ogdensburg, New York, and grew up on the shores of the St. Lawrence River. From a young age, he recognized his passion for the written word and committed himself to the pursuit of writing. He received a Bachelorżs Degree in writing from St. Lawrence University, and a Masterżs Degree in secondary education from the State University of New York at Potsdam College. Mr. Doe is an English teacher in Upstate New York where he lives with his wife and children.

Mr. Harris was raised in Massachusetts. He attended The American University in Washington, D.C. where he received his Bachelorżs Degree in Political Science. He also completed graduate work at Howard University and the University of Northern Colorado. He has worked at every level of government, participated in political campaigns, and has extensive experience in the private sector. With a lifelong interest in mysticism, he is a member of several mystical, fraternal organizations. Mr. Harris and his wife currently reside in Maine. 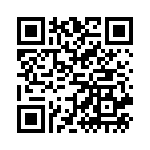