Page 16 - God raised him high and gave him the name which is above all other names so that all beings in the heavens, on earth and in the underworld, should bend the knee at the name of Jesus and that every tongue should acclaim Jesus Christ as Lord, to the glory of God the Father.
Appears in 44 books from 1953-2007
Page 16 - His state was divine, yet he did not cling to his equality with God but emptied himself to assume the condition of a slave and became as men are; and being as all men are, he was humbler yet, even to accepting death, death on a cross.
Appears in 71 books from 1946-2008

Christian Roy, PhD, is a historian and a freelance translator and researcher. He is currently a member of the International Troeltsch-Tillich Project, preparing French editions of these two German theologians' works, based at Laval University, Quebec City, Quebec. 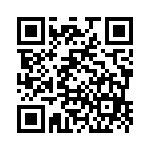