Page 74 - Before I formed thee in the belly I knew thee; and before thou earnest forth out of the womb I sanctified thee, and I ordained thee a prophet unto the nations.
Appears in 1123 books from 1795-2008
Page 77 - O LORD, thou hast deceived me, and I was deceived ; thou art stronger than I, and hast prevailed : I am in derision daily, every one mocketh me.
Appears in 254 books from 1804-2008
More
Page 85 - And He answered and said unto them, "Have ye not read, that He which made them at the beginning made them male and female, and said, 'For this cause shall a man leave father and mother, and shall cleave to his wife: and they twain shall be one flesh?' Wherefore they are no more twain, but one flesh. What therefore God hath joined together, let not man put asunder.
Appears in 1122 books from 1653-2008
Page 80 - We beseech thee, let this man be put to death : for thus he weakeneth the hands of the men of war that remain in this city, and the hands of all the people, in speaking such words unto them: for this man seeketh not the welfare of this people, but the hurt.
Appears in 207 books from 1730-2008
Page 77 - Shall I not visit for these things ? saith the Lord : shall not my soul be avenged on such a nation as this?
Appears in 742 books from 1694-2008
Less

Robert Flynn, a native of Chillicothe, Texas, is the author of seven novels, among them North To Yesterday, (winner of awards from the Texas Institute of Letters and the National Cowboy Hall of Fame and named one of the Best Books of the Year by the New York Times ) and Wanderer Springs (winner of a Spur Award from Western Writers of America). Most recently, he coauthored with the late Dan Klepper a new novel, The Devils Tiger. He is also the author of a nonfiction narrative, A Personal War in Vietnam. His two story collections are both recipients of awards: Seasonal Rain, co-winner of the Texas Literary Festival Award, and Living with the Hyenas, winner of a Western Heritage Award from the National Cowboy Hall of Fame. He also coauthored When I Was Just Your Age, published by the University of North Texas Press. In 1998, Flynn received the "Distinguished Achievement Award" from the Texas Institute of Letters. Retired as writer-in-residence at Trinity University, he lives in San Antonio with his wife, Jean. 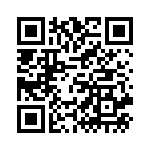