Jacques Le Goff (1927-2014) was a prominent French historian and medievalist. He was a key proponent of the Annales school of historical analysis, which emphasizes longterm social history over political or military themes. He argued that the Middle Ages were a distinct form of civilization, substantively different from both the classsical and modern worlds.

Arthur Goldhammer is the translator for numerous books including Neoconservatism: The Biography of a Movement, Algerian Chronicles, The Society of Equals, and Capital in the Twenty-First Century. He received the French-American Translation Prize in 1990 for his translation of A Critical Dictionary of the French Revolution. 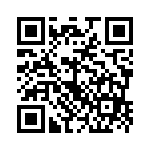