Khalil M. Marrar is Professor at DePaul University, USA. He has taught courses in history, religion, and political science at various institutions. While specializing in the Israeli-Palestinian conflict, his research interests include international relations, American culture, foreign policy, political organizations, and terrorism. He has served in editorial positions at the Arab Studies Quarterly and the Association of Arab-American University Graduates. 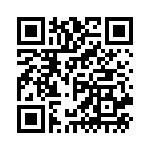