The content is just what I needed at this time.

I appreciate the simplicity, clarity and relevance of the subject matter in this book. It provides useful "how to's" which go a far way in strengthening the application of vital truths. Read full review

The best book I've ever read next to the Bible. I will say, without a single doubt, that all Christians should read (and own) this book. A fantastic resource. Andrew is such a blessing!

For over three decades Andrew Wommack has traveled America and the world teaching the truth of the gospel. His profound revelation of the Word of God is taught with clarity and simplicity, emphasizing God's unconditional love and the balance between grace and faith. He reaches millions of people through the daily Gospel Truth radio and television programs, broadcast both domestically and internationally. Gospel Truth television broadcast can be seen on INSP, DayStar, The Church Channel, Cornerstone, Guardian, God TV, and over 80 local US channels. Gospel Truth radio broadcast is heard on more than 60 stations nationwide. Andrew Wommack founded Charis Bible College in 1994 and has since established CBC extension colleges in other major cities of America and around the world. Andrew has produced a library of teaching materials, available in print, audio, and visual formats. And, as it has been from the beginning, his ministry continues to distribute free audio tapes and CD's to those who cannot afford them. 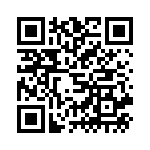