Page vi - ... was defined by given possibilities, but the creation of a medium by their giving significance to specific possibilities. Only the art itself can discover its possibilities, and the discovery of a new possibility is the discovery of a new medium. A medium is something through which or by means of which something specific gets done or said in particular ways.
Appears in 10 books from 1971-2005
Page vi - Any account of the cinema that was drawn merely from the technical inventions that made it possible would be a poor one indeed. On the contrary, an approximate and complicated visualization of an idea invariably precedes the industrial discovery which alone can open the way to its practical use.
Appears in 8 books from 1980-2008 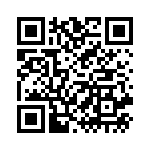