THE FIRST FOSSIL HUNTERS: Paleontology in Greek and Roman Times

Scientific paleontology began in the 19th century, but the ever-curious Greeks were well aware of fossils. Here's a clear account of what they knew about them—and what they made of the strange bones ... Read full review

This was a really cool book. The author examined various Greek and Roman myths to look for a fossil-based explanation. For example, Mayor takes the gigantic bones worshipped by the Greeks as those of ... Read full review 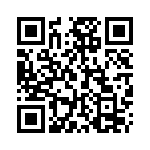