Page 118
The 30 thrifts holding the most junk bonds, concentrated in California, Florida,
New York, Texas, and Missouri, together held $13 billion, which represented 91
percent of the industry's total junk bond holdings (New York Times, July 19, 1989:
...
Page 449
Candidates who have held prior elective office are coded at 4, and their score
increased by + 1 for incumbency, holding high office, prior run for the House, and
celebrity status. Candidates who have not held prior office start at 0, and the
score ...
Page 450
Republicans held either the experience or spending advantage in 108 cases
from 1982 to 1990, and won about 65 percent of ... In 1992, Republicans again
won about 65 percent of open seats outside the South when they held one or
both ...

3 other sections not shown 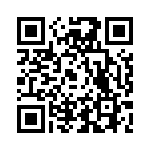