Page 127
Of course it should be borne in mind that Arnold desired for the future a
Catholicism of a very special cast ; as he put it in a letter of April 1874 : " My ideal
would be , for Catholic countries , the development of something like old
Catholicism ...
Page 186
He saw , of course , that , in the end , everything comes to this , that the individual
must act for himself , and must be perfect in himself ; and he lived in a country ,
Germany , where people were disposed to act too little for themselves , and to
rely ...
Page 282
Pater cannot of course be accused of deception ; certainly his emphasis on " the
naturalness of Christianity ” ( MЕ , II , 122 ) , Arnold ' s characteristic phrase in his
later years , 10 indicates both some of the source of this religion , as well as its ...

19 other sections not shown 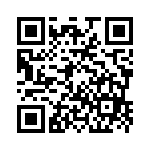