Ron Chernow is the prize-winning author of five previous books. His first, The House of Morgan, won the National Book Award. His two most recent books, Alexander Hamilton and Titan: The Life of John D. Rockefeller, were both nominated for the National Book Critics Circle Award in biography. Chernow lives in Brooklyn, New York. 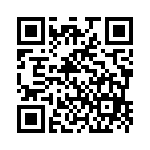