Robert J. Lefkowitz is a Nobel-Prize-winning scientist (Chemistry, 2012) who is best known for showing how adrenaline works via stimulation of specific receptors. He was trained at Columbia, the National Institutes of Health and Harvard before joining the faculty at Duke University in 1973. In addition to being a researcher, Dr. Lefkowitz is a cardiologist as well as a cardiac patient.

Randy Hall was a post-doctoral trainee of Dr. Lefkowitz in the 1990’s and is now a Professor in the Emory University School of Medicine. He has published more than one hundred scientific papers and received major awards for his research. He is also a prize-winning educator with strong interests in science writing and public outreach about science and medicine. 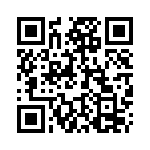