A Book you dont want to stop reading!

I am a slow reader However when this book came and I started reading it I dint want to put it down. Very well writen and as open and honest as the writer could be. Love the Book just hate the reason it had to be written. I was a great admire of Pattrick. Read full review

WORTH FIGHTING FOR: Love, Loss, and Moving Forward

The wife of actor Patrick Swayze (1952-2009) shares bittersweet memories of caring for her husband during his battle with cancer.Although the cover shows the author smiling as she pets a horse, the ... Read full review 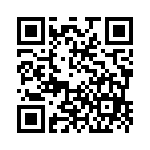