Great different perspective on extra terrestrials. Reason it's not a 5 is the third act does too much telling and not enough showing, which is very unlike the first two Read full review

4 stars I had pretty high expectations for this, and the first half really was 5 stars for me, writing-wise. I enjoyed the over-all story and I'm probably going to get started on The Dark Forest ... Read full review

KEN LIU (translator) is a writer, lawyer, and computer programmer. His short story "The Paper Menagerie" was the first work of fiction ever to sweep the Nebula, Hugo, and World Fantasy Awards. He has written two novels (The Grace of Kings and The Wall of Storms) and edited and translated the Chinese science fiction anthology Invisible Planets. 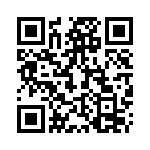