Page 177 - The terrorist attacks on the World Trade Center in New York and the Pentagon in Washington, DC, on September 11, 2001, would have immediate and fundamental effects on the United States and the world.
Appears in 392 books from 1946-2008
Page 177 - Men have gained control over the forces of nature to such an extent that with their help they would have no difficulty in exterminating one another to the last man. They know this, and hence comes a large part of their current unrest, their unhappiness and their mood of anxiety. And now it is to be expected that the other of the two "Heavenly Powers," eternal Eros, will make an effort to assert himself in the struggle with his equally immortal adversary.
Appears in 145 books from 1939-2008
More
Page 177 - The fateful question for the human species seems to me to be whether and to what extent their cultural development will succeed in mastering the disturbance of their communal life by the human instinct of aggression and self-destruction.
Appears in 183 books from 1931-2007
Page 99 - For, behold, I create new heavens and a new earth: And the former shall not be remembered, nor come into mind. But be ye glad and rejoice for ever in that which I create: For, behold, I create Jerusalem a rejoicing, and her people a joy.
Appears in 552 books from 1611-2008
Page 239 - Save me, O God, for the waters have come up to my neck. I sink in deep mire, where there is no foothold; I have come into deep waters, and the flood sweeps over me.
Appears in 170 books from 1939-2008
Page 256 - But one can do more than that; one can try to re-create the world, to build up in its stead another world in which its most unbearable features are eliminated and replaced by others that are in conformity with one's own wishes. But whoever, in desperate defiance, sets out upon this path to happiness will as a rule attain nothing.
Appears in 34 books from 1958-2007
Page 231 - To have stuck it out and at the same time — apart from exceptions caused by human weakness — to have remained decent fellows, that is what has made us hard. This is a page of glory in our history which has never been written and is never to be written...
Appears in 152 books from 1939-2007
Page 149 - It is indeed impossible to imagine our own death; and whenever we attempt to do so we can perceive that we are in fact still present as spectators. Hence the psycho-analytic school could venture on the assertion that at bottom no one believes in his own death, or, to put the same thing in another way, that in the unconscious every one of us is convinced of his own immortality.
Appears in 120 books from 1927-2007
Page 1 - The One remains, the many change and pass; Heaven's light forever shines, Earth's shadows fly ; Life, like a dome of many-coloured glass, Stains the white radiance of Eternity, Until Death tramples it to fragments.
Appears in 1329 books from 1814-2008
Less

JERRY S. PIVEN teaches in the Department of Humanities and Social Sciences at New School University. 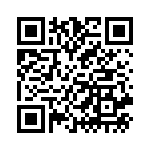