3 pages matching "Cruise of the Lanikai" in this book

40 other sections not shown

Prange served during World War II as an officer in the naval reserve and, during the occupation of Japan, served in the General Headquarters as a civilian. He was chief of General Douglas McArthur's G-2 Historical Section and director of the Military History Section. He taught history at the University of Maryland from 1937 until his death.

Donald M. Goldstein is a retired U.S. Air Force lieutenant colonel, a professor of public and international affairs, and a best-selling author. He lives in Pittsburgh, Pennsylvania. 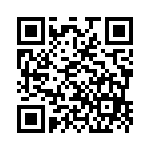