Alexis's boyfriend Austin is killed in a hit and run while they are on a bicycling trip in Vietnam. But there turns out to be a lot more to the story! Austin doesn't seem to be who he said he was. It ... Read full review

For a thriller about a pandemic, it was rather plodding and flat. Read full review

CHRIS BOHJALIAN is the #1 New York Times best-selling author of twenty-one books, including The Red Lotus, Midwives, and The Flight Attendant, which will be an HBO Max limited series later this year starring Kaley Cuoco. His other books include The Guest Room; Close Your Eyes, Hold Hands; The Sandcastle Girls; Skeletons at the Feast; and The Double Bind. His novels Secrets of Eden, Midwives, and Past the Bleachers were made into movies, and his work has been translated into more than thirty-five languages. He is also a playwright (Wingspan and Midwives). He lives in Vermont and can be found at chrisbohjalian.com or on Facebook, Instagram, Twitter, Litsy, and Goodreads. 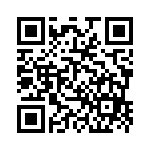