A systematic approach to the thought of the Ancient Fathers has been needed for a long time. These volumes wonderfully arrange the Ancient thought with the corresponding biblical chapter and verse. They are a priceless addition to any theological library. Read full review

Peter J. Gorday (PhD, Vanderbilt) is a priest of the Episcopal Church and serves parishes in Georgia and North Carolina. A clinical staff member with the Georgia Association for Pastoral Counseling, he is also the author of Principles of Patristic Exegesis: Romans 9-11 in Origen, John Chrysostom and Augustine, as well as journal articles in the history of biblical interpretation. 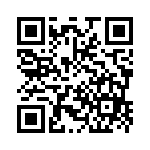