Educated at Yale and Cambridge University in England, Ron Chernow is a biographer who specializes in hard-hitting exposes on historical business figures. Among Chernow's early accomplishments was his unmasking of corruption in Chinatown for New York magazine in 1973. In the book The House of Morgan, winner of the National Book Award in 1990, Chernow outlines the extraordinary path of J.P. Morgan's empire and its influence on the American banking industry. Chernow is also the author of Titan: The Life of John D. Rockefeller, which chronicles the life and times of the richest man in the United States in the early 1900s. His other work includes The Warburgs, The Death of a Banker, Alexander Hamilton, Washington: A Life, and Grant. Chernow is regular guest on the National Public Radio programs Fresh Air with Terry Gross and All Things Considered. 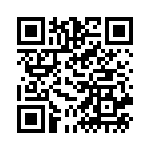