Page 184
... 20 percent and 31 percent , 1 These groups were blacks , conservatives , Hispanics , labor unions , poor people , whites , liberals , older people , big business , the U.S. Supreme Court , people on welfare , and the military .
Page 207
Kings , military rulers , CEOs , and parents in family systems occupy positions of power , positions of moral persuasion , and the ability to deny the privileges of group membership to others . The real issue , he argues , is the degree ...
Page 345
The traditional three - way split ( left - center - right ) in the Chilean electorate and party system was truncated with the 1973 military coup ( Valenzuela and Valenzuela , 1986 ) . The re - emergence of electoral politics in the ...

12 other sections not shown 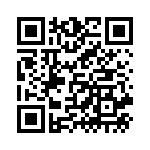