If you're looking for one book on Wild Bill's life, this is not it. Instead, read Rosa's They Called Him Wild Bill: The Life and Adventures of James Butler Hickok. This book has nothing on Hickok's ... Read full review

Joseph G. Rosa, (1932–2015), is the author of the definitive biography of Wild Bill Hickok, They Called Him Wild Bill: The Life and Adventures of James Butler Hickok, as well as The Gunfighter: Man or Myth? And (with Waldo E. Koop) Rowdy Joe Lowe: Gambler with a Gun, all published by the University of Oklahoma Press. 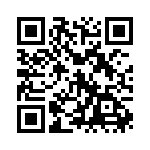