Page 103 - And all Israel heard of the judgment which the king had judged ; and they feared the king : for they saw that the wisdom of God was in him, to do judgment.
Appears in 380 books from 1717-2008
Page 103 - O my lord, give her the living child, and in no wise slay it. But the other said, Let it be neither mine nor thine, but divide it. Then the king answered and said, Give her the living child, and in no wise slay it: she is the mother thereof.
Appears in 440 books from 1730-2008
More
Page 103 - And the king said. Divide the living child in two, and give half to the one, and half to the other.
Appears in 528 books from 1705-2008
Page 79 - What the hammer? What the chain? In what furnace was thy brain? What the anvil? What dread grasp Dare its deadly terrors clasp? When the stars threw down their spears, And water'd heaven with their tears, Did He smile His work to see? Did He who made the lamb make thee...
Appears in 963 books from 1822-2008
Page 104 - Judah and Israel were many, as the sand which is by the sea in multitude, eating and drinking, and making merry.
Appears in 156 books from 1802-2007
Page 105 - Solomon reigned over all kingdoms from the river unto the land of the Philistines, and unto the border of Egypt: they brought presents, and served Solomon all the days of his life.
Appears in 229 books from 1730-2007
Page 301 - Where Lagan stream sings lullaby There blows a lily fair; The twilight gleam is in her eye. The night is on her hair.
Appears in 12 books from 1931-2006
Page 318 - ... that action is best, which procures the greatest happiness for the greatest numbers; and that worst, which, in like manner, occasions misery.
Appears in 217 books from 1849-2008
Page 68 - Knowledge before — a discovery that there are more things in heaven and earth than are dreamed of in our philosophy.
Appears in 370 books from 1803-2008
Less

David G. Hartwell is a senior editor of Tor/Forge Books. His doctorate is in Comparative Medieval Literature. He is the proprietor of Dragon Press, publisher and bookseller, which publishes The New York Review of Science Fiction, and the president of David G. Hartwell, Inc. He is the author of Age of Wonders and the editor of many anthologies, including The Dark Descent, The World Treasury of Science Fiction, The Hard SF Renaissance, The Space Opera Renaissance, and a number of Christmas anthologies, among others. Recently he co-edited his fifteenth annual paperback volume of Year's Best SF, and co-edited the ninth Year's Best Fantasy. John Updike, reviewing The World Treasury of Science Fiction in The New Yorker, characterized him as a "loving expert." He is on the board of the IAFA, is co-chairman of the board of the World Fantasy Convention, and an administrator of the Philip K. Dick Award. He has won the Eaton Award, the World Fantasy Award, and has been nominated for the Hugo Award forty times to date, winning as Best Editor in 2006, 2008, and 2009.

Kathryn Cramer is a writer, critic, and anthologist, and was coeditor of the Year's Best Fantasy and Year's Best SF series. A consulting editor at Tor Books, she won a World Fantasy Award for her anthology The Architecture of Fear. 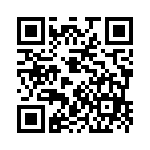