Nightrise Book Review (The Gatekeepers Book #3) by Anthony Horowitz I’d give this one 3.5 stars out of 5. Anthony Horowitz is one of my favorite modern writers. His greatest strength, or, what ... Read full review

Nightrise by Anthony Horowitz was a great book. It’s the third book in the Gatekeepers series. In the book, the main characters, Scott and Jamie, can read each others minds. Soon, this evil group ... Read full review

Author and television scriptwriter Anthony Horowitz was born in Stanmore, England on April 5, 1956. At the age of eight, he was sent to a boarding school in London. He graduated from the University of York and published his first book, Enter Frederick K. Bower (1979), when he was 23. He writes mostly children's books, including the Alex Rider series, The Power of Five series, and the Diamond Brothers series. The Alex Rider series is about a 14-year-old boy becoming a spy and was made into a movie entitled Stormbreaker. He has won numerous awards including the 1989 Lancashire Children's Book of the Year Award for Groosham Grange and the 2003 Red House Children's Book Award for Skeleton Key. He also writes novels for adults including The Killing Joke and The Magpie Murders. He has created Foyle's War and Midsomer Murders for television as well as written episodes for Poirot and Murder Most Horrid. He made The New York Times Best Seller list with his titles The House of Silk Russian Roulette: The Story of an Assassin and Moriarity.Most recently he was commissioned by the Ian Fleming Estate to write the James Bond novel Trigger Mortis. Anthony was awarded an OBE for his services to literature in January 2014. 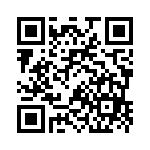