This is the first of a two volume history of Alcoholics Anonymous as it began in Indiana's St. Joseph River valley. That topic is of personal interest to me because my AA home group n Michigan is part ... Read full review 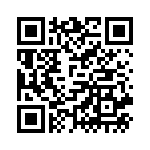