Hazel V. Carby is a British-born critic of African American literature. Stuart Hall and other scholars affiliated with the Centre for Contemporary Cultural Studies at the University of Birmingham in England where she studied during the 1970s informed her work. In Reconstructing Womanhood (1987), Carby focuses on the fiction and journalism of African American women writing from the mid-to-late nineteenth to the early twentieth centuries. She demonstrates that African American women of that period articulated a distinctive black feminist discourse and politics in response to the sexism of American culture and the racism of the white feminist movements that arose to combat that sexism. She suggests that the racism of white feminist theory has resulted from a failure to see whiteness as a racial (and historical) category, rather than as a universal (and ahistorical) norm. The latter, Carby claims, would guarantee that all women, regardless of differences of race, are "sisters in struggle" because they share an essential femininity or experience of oppression. Carby urges African American feminists to avoid the same mistake by assuming that all African American women share some universal experience of black femininity and oppression that is expressed in the black female literary tradition as a black female aesthetic. The production of an essential black literary tradition or literary aesthetic always necessitates the suppression of differences, including the different aesthetics that may arise in response to different experiences and histories. Carby argues that the current African American literary canon is the product of just such a suppression, because it highlights texts that focus on and even romanticize black southern, rural culture at the expense of northern, urban, working- and middle-class black culture. She calls for a reevaluation of the output of such authors as Nella Larsen and Jessie Redmond Fauset, whose work has been dismissed or ignored because it does not participate in the perpetuation of the myth of "the folk. 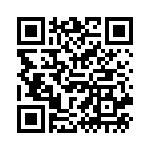