Richard was born and raised on a farm in Pennsylvania.  It was a small family farm that was handed down through 8 generations of Sherrer men until his father; Newton just could not make a living from it any longer.  He thought that his son would make a better living away from the farm.

So Richard decided to join the Air Force in 1969 upon graduating from high school.  He gained quiet a bit of experience and insight on life while in the service.  Even though he was only stationed on the east coast of the US, his Air Force career took him to Germany and Korea.

Since their marriage in 2001, Richard also found himself changing careers again.  Poetry was an interest of his since his days in high school.  With returning to the Lord, he felt motivated to write of his Christian beliefs.  He started looking at Bible verses and reflecting on his own personal experiences.  The Bible was found to be as true today as to when the various books were written.  Richard could see much of what the Bible is teaching us as valid as every in modern time.  It felt only natural to him on using his personal experience based on Bible verses and see much of his own life written in the Scriptures.

His wife actually inspired him to start writing.  God inspires him what to write about though.   He does not claim to be an expert on God or the Bible.  He is just a Christian who has become enlightened to write poetic verses from the Holy Scriptures. Hope that his poetry inspires you as much as he was inspired to write it.  God has inspired him to write. 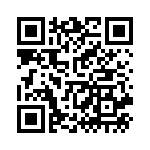