I've read a lot of books, I really loved all the left behind which were great. The Apocalypse series has been total different from what I've every read in the past. I've actually read all 4 twice now ... Read full review

I've read the first three of the apocalypse series. While they do parallel the Left Behind series I think the author actually did a better job of character development than the original series did. Read full review

Mel Odom (born 1957 in California) is a writer who has published more than 140 books. He is best known for his novels of science fiction and fantasy, though he has also written non-fiction about computer gaming. He teaches undergraduate courses at the Gaylord College of Journalism and Mass Communication in the Professional Writing program at the University of Oklahoma. One of his best known fantasy novels is The Rover (2001), which in 2002 won the Alex Award, an American Library Association award given to novels written for adults that would also appeal to young readers. 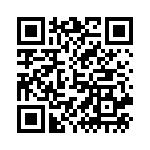