Keith Hopkins is a professor of ancient history at King's College, Cambridge, & a fellow of the British Academy. He lives in Cambridge, England.

Mary Beard was born on January 1, 1955 in Much Wenlock, Shropshire, England. Her alma mater is the University of Cambridge. She is a professor of classics at Newnham College, Cambridge, and the classics editor of the Times Literary Supplement. Her previous books include the bestselling, Wolfson Prize-winning Pompeii, The Roman Triumph, The Parthenon and Confronting the Classics. Her blog has been collected in the books It's a Don's Life and All in a Don's Day. She is in the 2014 top 10 Prospect list of the most influential thinkers in the world. She is the author of Women and Power: A Manifesto, published in December 2017. 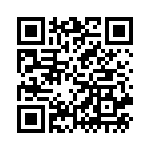