Page v - I returned, and saw under the sun, that the race is not to the swift, nor the battle to the strong, neither yet bread to the wise, nor yet riches to men of understanding, nor yet favour to men of skill ; but time and chance happeneth to them all.
Appears in 1404 books from 1706-2007
Page 120 - Public utilities, whether in public or private hands, are best conducted under a system of legalized and regulated monopoly. "Public utilities in which the sanitary motive largely enters should be operated by the public.
Appears in 28 books from 1900-2004
More
Page 120 - The Committee takes no position on the question of the general expediency of either private or public ownership. The question must be solved by each municipality in the light of local conditions. What may be possible in one locality may not be in another.
Appears in 18 books from 1907-2004
Page 120 - The success of municipal operation of public utilities depends upon the existence in the city of a high capacity for municipal government.
Appears in 18 books from 1900-2004
Page 120 - Private companies operating public utilities should be subject to public regulation and examination under a system of uniform records and accounts and of full publicity.
Appears in 25 books from 1900-2004
Page 2 - I have erred, but my greatest error was in underestimating the effect of the financial panic on American securities and particularly on the companies I was working so hard to build. I worked with all my energy to save those companies. I made mistakes, but they were honest mistakes. They were errors in judgment, but not dishonest...
Appears in 13 books from 1952-2006
Page 183 - I believe it is our duty to the properties we manage, to the stockholders who own them, and to the communities they serve, that we should enlighten those communities on the situation. I believe in doing it not in any gumshoe way, but openly and boldly.
Appears in 6 books from 1928-2004
Page 21 - I was naturally prepared to accept him as a hero. With my strict English ideas as to the class of clothes to be worn by a prominent man, there was nothing in Edison's dress to impress me. He wore a rather seedy black diagonal Prince Albert coat and waistcoat, with trousers of a dark material, and a white silk handkerchief around his neck, tied in a careless knot falling over the stiff bosom of a white shirt somewhat the worse for wear. He had a large wide-awake...
Appears in 7 books from 1910-2004
Page 114 - Unless you can so conduct your business as to get the good will of the community in which you are working," he warned his colleagues, "you might just as well shut up shop and move away."15 Insull contributed heavily to local causes and nonprofit institutions. He encouraged employees to join civic organizations in order to make political contacts and advance the causes of electricity and Commonwealth Edison.
Appears in 9 books from 1915-2005
Page 23 - If he were exhausted he might more likely be asleep in the middle of the day than in the middle of the night, as most of his work in the way of inventions was done at night. I used to run his office...
Appears in 15 books from 1910-2005
Less

Forrest McDonald was born in Orange, Texas on January 7, 1927. He graduated from the University of Texas at Austin and received a doctorate there in 1955. He taught history at Brown University, Wayne State University, and the University of Alabama, where he retired in 2002. He wrote more than a dozen books including Novus Ordo Seclorum: The Intellectual Origins of the Constitution, The American Presidency: An Intellectual History, and biographies of Alexander Hamilton and Thomas Jefferson. He died of heart failure on January 19, 2016 at the age of 89. 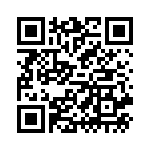