Louis Berman, Ph.D., a native of Detroit and University of Michigan joined the faculty of the University of Illinois at Chicago in 1957, and worked there as a psychological counselor until his retirement as a Full Professor of Psychology in 1989. During his career at the University, he contributed to the clinical literature and authored a pioneering psychological study of intermarriage: Jews and Intermarriage, A Study in Personality and Culture (1968). Professor Berman's interest in Jewish life led to his authorship, in 1982, of Vegetarianism and the Jewish Tradition. For his synagogue (Beth Emet, Evanston) he authored a Tu biShevat Haggadah (1993, revised 1994), a prayerbook and storybook that has been widely adopted throughout the country. Louis Berman has two grown children and lives in Wilmette, Illinois. 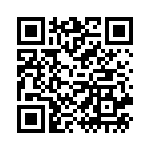