Lily E. Hirsch has a Ph.D. in musicology from Duke University and most recently taught at Cleveland State University. 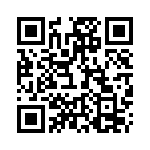