THE BOXER REBELLION: The Dramatic Story of China's War on Foreigners That Shook the World in the Summer of 1900

A popular history of the Boxer Rebellion, which took place a century ago this year, brings its events to lifePreston (A First Rate Tragedy, 1998) draws upon the testimony of primary sources and ... Read full review

The boxer rebellion: the dramatic story of China's war on foreigners that shook the world in the summer of 1900

Preston is unsuccessful in presenting a history of the Boxer Rebellion primarily because she is unable to separate fact from fiction in the memoirs she uses as primary documents. A journalist who has ... Read full review

Born and raised in London, Diana Preston studied Modern History at Oxford University, where she first became involved in journalism. After earning her degree, she became a freelance writer of feature and travel articles for national UK newspapers and magazines and has subsequently reviewed books for a number of publications, including The Wall Street Journal and The Los Angeles Times. She has also been a broadcaster for the BBC and the Canadian Broadcasting Corporation, and has been featured in various television documentaries. 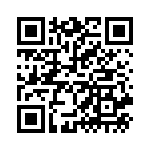