Vickie Layton Cobb is a charter member of the Ozarks Writers League, and a graduate of Southwestern University in Springfield, Missouri. Her ancestors fought to make Ozark country what it is today. Ms. Cobb is also the author of Fallen Leaves, a two-volume genealogical account of Taney County. She currently lives in the quiet town of Galena, Missouri. 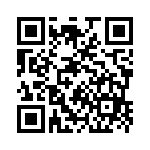