Page 119
Then , too , Faber Stapulensis had not yet relented , and he lived in daily
expectation of being attacked by this really able divine . Last but not least , by any
means , James Masson , or Latorius , as he is usually called , was to be reckoned
with .
Page 139
Why did they linger after they had received their fees ? Ph . They had not agreed
on their diagnosis ; one said it was a dropsy , another called it a tympanites , a
third held out for peritonitis , while others called it this and that disease , and all
the ...
Page 315
He was also suspected of having satirized Oecolampadius in that one of his
colloquies called the Cyclops ; or , the Gospel Bearer , in which he inveighs
against those who are always quoting the Gospel , but show it not at all by their
lives . 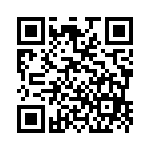