Cristina Bacchilega is Professor of English at the University of Hawai'i at Manoa. She is the author of Postmodern Fairy Tales: Gender and Narrative Strategies, also available from the University of Pennsylvania Press. 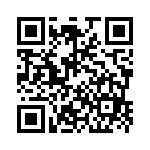