10 other sections not shown

Lawrence R. Broer is Professor of English at the University of South Florida and author of Sanity Plea: Schizophrenia in the Novels of Kurt Vonnegut, also published by The University of Alabama Press. 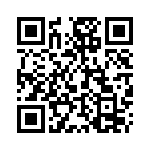