Stewart Ross is a prize-winning author of books for children, and has written two novels, several plays, two librettos, and several widely acclaimed historical works. His books have been translated into about a dozen languages. After several years teaching at various institutions Stewart has become one of Britain's most prolific and popular authors. He has published over 175 titles for adults and children. Ross is also a frequent, popular speaker to student and adult audiences. His book, The Story of Scotland has won two literary awards. 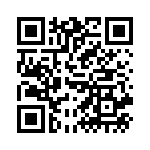