I must say that this is one of the best books I have ever read, and I am quite the avid reader. From warm, family moments to nail-biting suspense, I enjoyed this from page one all the way to the very ... Read full review

The family of John Rankin, an abolitionist minister, lived in Ripley, OH. Author Stephanie Reed chronicled the coming of age of the oldest Rankin son, Lowry, in Across the Wide River. In this sequel ... Read full review

Page 171 - THE LORD THAT DELIVERED ME OUT OF THE PAW OF THE LION, AND OUT OF THE PA\V OF THE BEAR, HE WILL DELIVER ME OUT OF THE HAND OF THIS PHILISTINE.
Appears in 325 books from 1737-2008
Page 61 - Thou shalt not deliver unto his master the servant which is escaped from his master unto thee : he shall dwell with thee, even among you, in that place which he shall choose in one of thy gates, where it liketh him best: thou shalt not oppress him.
Appears in 454 books from 1806-2008
More
Page 103 - Wait here," he too joined the surgeon. Rory sat with her elbows on her knees, her face buried in her hands. She hadn't slept in almost twenty-four hours, yet she wasn't tired. She hadn't eaten since lunch the day before, yet she wasn't hungry. She was numb, dazed, in a state of bewilderment. And the waiting continued. She passed through some periods when she felt better, some when she started to tremble...
Appears in 4 books from 1995-2008
Page 62 - He knew it was the wrong thing to say the minute the words left his mouth.
Appears in 3 books from 1956-2008
Page 129 - We can do the dead no good, so our next duty is to preserve the living.
Appears in 2 books from 2004-2008
Page 97 - Say the word, Lowry, and I will break every bone in his slavehunting body in less than a minute!
Appears in 2 books from 2004-2008
Less 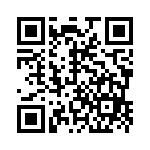