Don't take my word for it. read what the experts have to say ...
.“In the current international environment when so many aid workers, journalists, business people and travellers risk capture, Bob East’s empathetic and detailed account of Warren Rodwell’s hostage survival is a very timely publication that will attract a wide readership. Those who have read the account of Australian Nigel Brennan’s experience of 15 months in captivity in Somalia will find the story of Rodwell’s ordeal similarly instructive – and inspiring.”
—Richard Gehrmann, Senior Lecturer, School of Arts and Communication, University of Southern Queensland, Australia
__________________
“Bob East’s 472 Days Captive of the Abu Sayyaf: The Survival of Australian Warren Rodwell is a well-researched and well-documented—but easy to read—account of this protracted kidnap-for-ransom in the southern Philippines. It is based on East’s exclusive access to Rodwell. I recommend it as an important addition to any strategic analyst’s library.”
—Clive Williams MG, Adjunct Professor, Centre for Policing, Intelligence and Counter Terrorism, Macquarie University
__________________
“On 5 December 2011, Warren Rodwell was kidnapped from his adopted home in Ipil, Zamboanga province in the southern Philippines by the notorious Abu Sayyaf Group. Rodwell survived 15 months as a captive – a rare feat given the organisation’s reputation for beheading captives whose ransom is not quickly paid. This is the story of Rodwell’s ordeal, and how he survived against the odds.”
—Dr Damien Kingsbury, Professor of Asian Political and Security Studies, Deakin University, Australia
__________________
“Warren Rodwell's story is one of modern day survival. Kidnapped by Islamic extremists while living in the Philippines, Warren survived for 15 months in captivity being moved from location to location. How he maintained his sanity let alone his life is an incredible feat of courage, guts and determination. Warren’s story proves that where there is life there is definitely hope. A true inspiration”
—David Richardson, Senior Journalist, 7 News Investigations and Features, Australia
__________________

Bob East is an independent Australian researcher who holds a PhD in International Peace and Conflict Studies. He has written extensively about insurgency in the southern Philippines – a region he has travelled to on a number of occasions. Bob lives on a rural property in the south-east of Queensland, Australia. He is widowed and has three adult children. 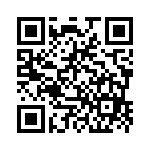