Alexandre Coello de la Rosa is Professor of History in the Department of Humanities at the Universitat Pompeu Fabra (Barcelona, Spain). 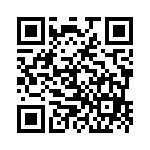