Page 3
Still earlier than this there was a translation dating probably from the middle of
the second century and used until Jerome's appeared , known as the Vetus Itala ,
in contradistinction to the Vetus Latina . This latter text had been used throughout
...
Page 8
So , if his Latin translation did not eventually displace the Vulgate , he might , if he
chose , derive some little ... is being printed in Greek as it was written by the
Apostles , and in Latin as translated by myself , together with my own annotations
.
Page 402
the Enchiridion the first translation appeared in English in 1518 , in Bohemian in
1519 , in German in 1520 , in Dutch in 1523 , in ... the Enchiridion to the New
Testament , if judged by their eagerness to read Erasmus ' works in translations . 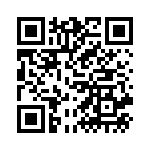