Nesta Helen Webster (24 August 1876 - 16 May 1960) was a controversial historian, occultist, and author who revived conspiracy theories about the Illuminati. She argued that the secret society's members were occultists, plotting communist world domination, using the idea of a Jewish cabal, the Masons and Jesuits as a smokescreen. According to her, their international subversion included the French Revolution, 1848 Revolution, the First World War, the Bolshevik Revolution of 1917. In 1920, Webster was one of the contributing authors who wrote the The Jewish Peril, a series of articles in the London Morning Post, centered on the Protocols of the Elders of Zion. These articles were subsequently compiled and published in the same year, in book form under the title of the The Cause of World Unrest. She was cited respectfully by Winston Churchill, "This movement among the Jews ... as Mrs. Webster, has so ably shown, [played] a definitely recognizable part in the tragedy of the French Revolution" Webster claimed that the authenticity of the Protocols of the Elders of Zion was an open question. Her position on that, in 1924, "Contrary to the assertions of certain writers, I never affirmed my belief in the authenticity of the Protocols, but have always treated it as an entirely open question." She also believed she was a countess in a previous life, who was guillotined by French revolutionaries. At one time she was a member of the British Union of Fascists. 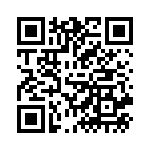