Page 256 - Industrial Change and Developmental State in Two East Asian NICs: A Case Study of the Automotive Industries in South Korea and Taiwan', Proceedings of the National Science Council Part C: Humanities and Social Sciences, 3 (2), July, 203-23.
Appears in 32 books from 1956-2007

T. J. Pempel is Director of the Institute of East Asian Studies, Professor of Political Science, and holder of the Il Han New Chair at the University of California, Berkeley. He is the author or editor of many books, including Regime Shift: Comparative Dynamics of the Japanese Political Economy and Remapping East Asia: The Construction of a Region (both from Cornell). 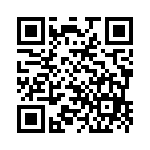