It is difficult for a reader new to "The Shakespeare Problem" to judge the
completeness of Greenwood's second book on the Problem. Even though he is answering charges by a critic, a task he accepts with gusto, he writes with humor and logic and wins the jury. As he writes, he makes it seem more and more unlikely that an unpublished rustic youth of limited education coming from a backwater and illiterate parents could by any stretch of the imagination turn himself into the world's greatest poet and dramatist in a few years while working as a handyman and an apprentice actor. Greenwood wisely denies himself the pleasure of supporting a candidate, and instead concentrates on destroying the props that hold up "Shakspere." the Stratfordian candidate. Today, Edward de Vere, 17th Earl of Oxford is the leading challenger. A Google Booker, can get Thomas Looney's 1920 book on the man who was Shakespeare free and read a brilliant literary detective story story. Too bad about the author's unfortunate name. If he becomes as serious Oxfordian, he must read Hank Whittemore, The Monument, Marshfield. MA, Meadow Geese Press 2008, for a convincing and possibly true proof of the Oxfordian case together with some history making hypotheses. -hugo

Page 67 - Sweet Swan of Avon! what a sight it were To see thee in our waters yet appear, And make those flights upon the banks of Thames, That so did take Eliza, and our James!
Appears in 640 books from 1731-2007
Page 94 - He was much given to all unluckiness, in stealing venison and rabbits ; particularly from Sir Lucy, who had him oft whipped, and sometimes imprisoned, and at last made him fly his native country, to his great advancement.
Appears in 98 books from 1731-2008
More
Page 73 - I loved the man, and do honour his memory, on this side idolatry, as much as any. He was (indeed) honest, and of an open and free nature; had an excellent phantasy, brave notions, and gentle expressions; wherein he flowed with that facility, that sometimes it was necessary he should be stopped: Sufflaminandus erat, as Augustus said of Haterius.
Appears in 295 books from 1803-2008
Page 30 - I have heard that Mr. Shakespeare was a natural wit, without any art at all; he frequented the plays all his younger time, but in his elder days lived at Stratford, and supplied the stage with two plays every year ; and for that had an allowance so large that he spent at the rate of 1 ,0:1.1/. a year, as I have heard.
Appears in 54 books from 1848-2003
Page 70 - ... who, as he was a happie imitator of Nature, was a most gentle expresser of it. His mind and hand went together; and what he thought, he uttered with that easinesse that wee have scarse received from him a blot in his papers.
Appears in 196 books from 1768-2007
Page 31 - This William being inclined naturally to poetry and acting, came to London, I guesse, about 1 8 ; and was an actor at one of the play-houses, and did act exceedingly well (now B.
Appears in 117 books from 1813-2008
Page 37 - His name is printed, as the custom was in those times, amongst those of the other players, before some old plays, but without any particular account of what sort of parts he used to play : and though I have inquired, I could never meet with any further account of him this way than that the top of his performance was the Ghost in his own Hamlet.
Appears in 162 books from 1788-2008
Page 116 - Latin he was master of: but the narrowness of his circumstances, and the want of his assistance at home, forced his father to withdraw him from thence, and unhappily prevented his further proficiency in that language.
Appears in 89 books from 1788-2007
Page 1 - Though it has hitherto been too much to ask people to suppose that SHAKSPERE knew how to spell his own name, I hope the demand may not prove too great for the imagination of the Members of the New Society.
Appears in 33 books from 1874-2004
Page 70 - ... and all the rest absolute in their numbers as he conceived them; who, as he was a happie imitator of Nature, was a most gentle expresser of it.
Appears in 155 books from 1768-2008
Less 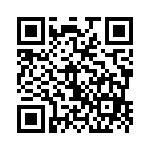