Guh. Just a mish-mash of scarecly-connected topics wrapped in the intensely irritating analysis that only sociologists seem to manage. Some interesting facts, but little history. Minor questionable errors (see for instance, the claim that Bartolomeo Eustachi, who died in 1574, was a homeopath; homeopathy's first concepts were first published by Samuel Hahnemann in 1807). A lot of popular culture (apparently Moore watched a lot of CSI). Perhaps because I am not a sociologist and not trained in the inscrutable analytic methods used, it really just looks like a lot of cherry-picking and interpretation. I particularly found annoying her criticism of the treatment of sperm in children's books on reproduction. Criticizing children's books for anthropomorphizing sperm in books aimed at six-year-olds strikes me as questionable. EVERYTHING is anthropomorphized in children's books, since children anthropomorphize EVERYTHING. Essentially a long treatise on how sperm isn't actually masculine, which is valid I suppose, but accomplishable in a single sentence. Even though only men produce sperm, sperm itself is a cell and has no masculine traits.
There. I just saved you having to read the book.

Page 20 - And the fear of you, and the dread of you, shall be upon every beast of the earth, and upon every fowl of the air, upon all that moveth upon the earth, and upon all the fishes of the sea ; into your hand are they delivered.
Appears in 501 books from 1802-2008
Page 175 - Thomas Laqueur, Making Sex: Body and Gender from the Greeks to Freud (Cambridge: Harvard University Press, 1990...
Appears in 265 books from 1975-2008
More
Page 100 - ... [Y]ou suck the semen into a needleless hypodermic syringe (some women use an eye dropper or a turkey baster), gently insert the syringe into your vagina while lying flat on your back with your rear up on a pillow, and empty the syringe into your vagina to deposit the semen as close to your cervix as possible.
Appears in 6 books from 1984-2008
Page 25 - They moved forward owing to the motion of their tails like that of a snake or an eel swimming in water; but in the somewhat thicker substance they would have to lash their tails at least 8 or 10 times before they could advance a hair's bredth.
Appears in 8 books from 1959-2007
Page 24 - ... animalcules were smaller than the corpuscles which impart a red colour to the blood; so that I judge a million of them would not equal in size a large grain of sand. Their bodies were rounded, but blunt in front and running to a point behind, and furnished with a long thin tail, about five or six times as long as the body, and very transparent, and with the thickness of about one twenty-fifth that of the body; so that I can best liken them in form to a small earth-nut with a long tail.* The animalcules...
Appears in 11 books from 1939-2007
Page 180 - Michael Kimmel, Manhood in America: A Cultural History (New York: Free Press, 1996); Gail Bederman, Manliness and Civilization: A Cultural History of Gender and Race in the United States...
Appears in 139 books from 1928-2008
Page 115 - ... use drugs; to experience educational, health, emotional, and behavioral problems; to be victims of child abuse; and to engage in criminal behavior than their peers who live with their married parents.
Appears in 8 books from 2004-2007
Page 123 - The FBI Laboratory's COmbined DNA Index System (CODIS) blends forensic science and computer technology into an effective tool for solving violent crimes. CODIS enables federal, state, and local crime labs to exchange and compare DNA profiles electronically, thereby linking crimes to each other and to convicted offenders.
Appears in 13 books from 2003-2007
Less

Lisa Jean Moore is Professor of Sociology and Women’s Studies at Purchase College, State University of New York. She is author of Sperm Counts: Overcome by Man’s Most Precious Fluid and co-author of Missing Bodies: The Politics of Visibility and Buzz: Urban Beekeeping and the Power of the Bee. She is also co-editor of the collection The Body Reader and, with Monica Casper, oversees the series Biopolitics: Medicine, Technoscience, and Health in the Twenty-First Century for NYU Press. 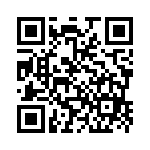