• Alexandra Landmann was a Research Fellow at Peace Research Institute Frankfurt, 2009–11, and Visiting Fellow at Nalanda-Sriwijaya Centre (Singapore) in 2013. She lectured at the Indonesian Hindu University from 2011–15 and is currently ICGSE and IB Teacher for Environmental Management at GMIS Bali. 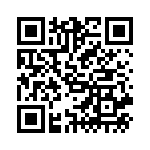