Helen Hunt Jackson (1830-1885) is best known for her novel, Ramona , which is set in California and explores the same theme of injustice to the Indian. 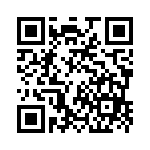