At the age of six, Terry received his first puppet and puppet stage. As he was growing up, he enjoyed watching television shows, such as: Winchel Mahoney; Kukla, Fran and Ollie; Howdy Doody; Captain Kangaroo; and watching Edgar Bergan perform. He noticed the different types of puppets they used and studied how they used facial expressions and body languages.

Terry received Christ as his Savior when he was 13, living in Upland, California. The church he was in, gave him literature that he read and he committed his life to serving Him.

Years later, (over twenty years ago,) when Terry was attending Tennessee Temple University, he met some people who worked with puppets as a ministry. They showed him how to make puppets and how to perform with them. They went around to different churches in the Chattanooga area and had an enjoyable time. Later, he also learned what it’s like to perform on television, as his puppet group did a guest appearance on a show called Stuff.

Terry plans on publishing several more skits that he has written with a few songs that he has done on pricelesspearlpuppetry.com. Your comments and/or suggestions concerning this book are always welcome and you can contact him at tgp054@hotmail.com. 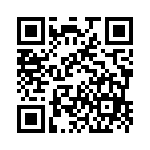