Gay warriors: a documentary history from the ancient world to the present

Questions about whether or not gays should serve in the military are slightly off. The reality is that they do and always have. If proof is necessary, this insightful compilation of essays on gay and ... Read full review

B.R. Burg is Professor of History at Arizona State University and the author of Sodomy and the Pirate Tradition, also available from NYU Press. 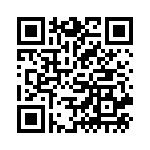